The Tournament of Lilies is an event in which you initially grow and raise a plant in your home before then competing in a social tournament with your fellow Londoners for bragging rights.

Free of Surface Ties, you have the chance to draw the card, Where did that come from?, at which point you will need to choose to keep the plant in order to progress. If you get rid of it, this card will continue occurring, so those wishing to thin their deck may want to progress through the storyline.

Growing your plant is done through opportunity cards that you will draw, and which ones you are eligible to draw will change based on your level of

Attending to the Needs of a Singular Plant. These cards will raise your

Attending. None of these cards are more notable than the others, except for The Noted Orchid-Grower consults. Once you are at level 2, unless you are willing to spend Fate, do not play this card. It is a net negative.

If you raise your

Attending to the Needs of a Singular Plant to 19+, you will never draw another card unless it drops beneath this level. That can only happen by losing a match in the Tournament of Lilies.

Attending to the Needs of a Singular Plant. See the table below for exact details on storylet options.

Cards and their effects

Competing in the Tournament of Lilies[edit]

Once you reach level 10 of

Attending to the Needs of a Singular Plant, you will be eligible to draw the card, The Noted Orchid-Grower has a Secret and once you draw it, you'll find a new storylet in

Your Social Engagements. Here you'll be able to issue challenges to other players which you are familiar with and who are at the same level of tournament as you.

In the storylet The Tournament of Lilies, you will challenge a friend who is of the same level of the tournament as you. Once they accept, the two plants will compete against each other. If they're both the same level, it's a 50/50 shot to win. If one plant is a higher level, there is a skew towards that plant, but the precise amount is unknown.

If you win: You will get a small reward and advance to the next level of

Competing in a Tournament of Lilies, losing your entry fee in the process.

If you lose: You will lose the entry fee, be demoted to the previous level of

Competing in a Tournament of Lilies (if not 1) and your plant will be damaged, losing between 1-4 CP of

Attending to the Needs of a Singular Plant.

Once you have beaten the Contest of Beauty, you are the champion. You'll find a new storylet in

Your Lodgings, A Cryptobotanical Champion!. You will have 2 options for your prize, and in selecting one, you'll be put back at the start of the tournament once more. Both rewards amount to

Book of Hidden Bodies. Additionally, the

Cryptobotanical Rosette is a unique trophy which can only be obtained by competing. 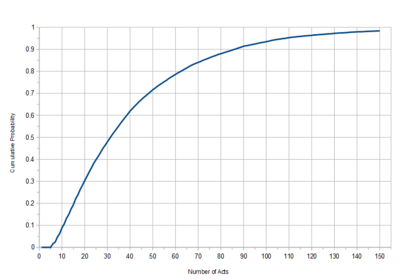 Finishing the tournament, if we assume both plants are at the same level each time, will take a median of 32 attempts, with upwards of 100 attempts for a 95% chance.

Find other players to compete with on the forums.

Or join other players in the Failbetter Games Discord.