I am Sacchi Hikaru, a name you've probably seen around the community if you hang around the Official Discord at all. I created my first account on Fallen London in 2015, however, my main account was created in 2016, currently going by the username "SacchiHikaru". That first account went NORTH.

Fallen London is a setting that scratches a very particular itch for me, the itch of trying to figure out an ongoing story and put pieces of the lore together, and to that end I have played both Sunless Sea and Sunless Skies to completion.

I have also become rather charmed by the mechanical side of the game, calculating EPAs and various sources of resource-acquisition. However, that charm has led me to burn myself out of the game, so I am not currently playing it, although I still try to keep up with any possible developments.

Also, the "Sacchi" is pronounced as "Saki", because there's an 85% chance you got it wrong. 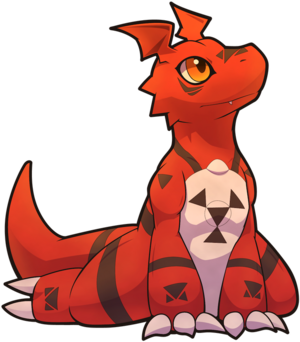 This little fucker is also my perpetual mood. (Art by Rag)

As a member of the Official Discord, I have helped many a people in figuring out parts of the lore and of the game, and worked on a lot of little things to help others in their endeavors. However, I feel that the following are the most relevant of my contributions to the community: